100 Animals / Highland Hunter 2019 is the 3D bowhunting competition, which’s goal is to relate bowhunters from different countries and to propagate bowhunting. 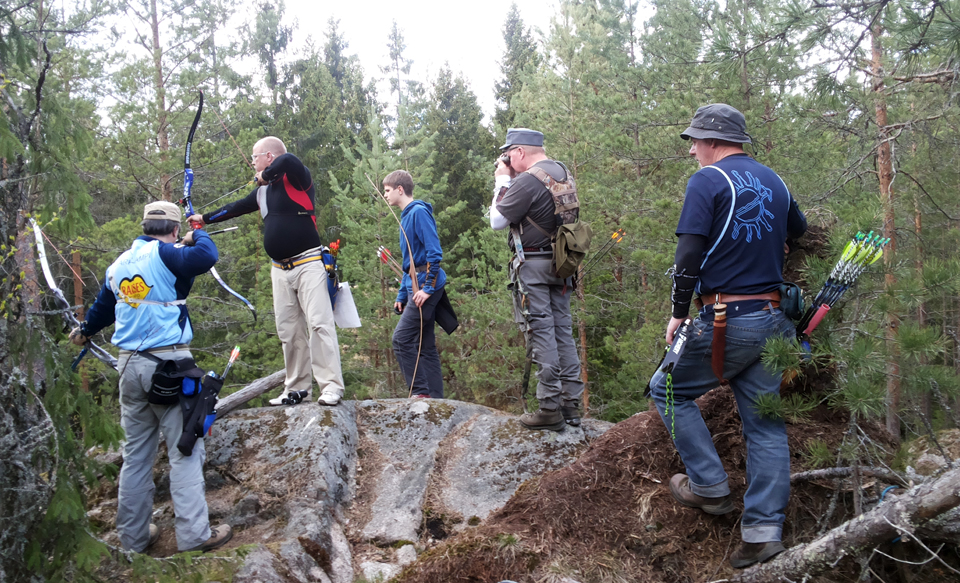 I DIVISIONS AND STYLES

TARGETS: Only 3-D targets will be used for this round.

4. SCORING: Archer must shoot 1 arrow into each butt. All arrows are counted for score. Arrow shall score the higher value of scoring zones in case the shaft of arrow has a touch to higher scoring area (line between the scoring zones has to be broken).

A tie break occurring for the 1st, 2nd and 3rd placing shall be a shoot-off after the scores have been verified by the Tournament Secretary under Tournament Captain supervising. A tie break occurring for other placing’s shall be solved via the greatest number of 10’s and least number of 0’s. Scores are counted as shown:
Kill & Vital Wound 1 arrow 10 5

6.4 All arrows are counted for score.

6.5 Arrows shot in wrong sequence are not counted.

7. SINGLE 3D TARGETS:
One shooting position and one butt.
Archers must shoot only one arrow at butt.

8. SCORE CARDS:
8.1 Scorecards shall be signed by the scorer and the archer, denoting that the archer agrees with the value of each arrow and the sum total (identical on both scorecards).

8.2. Both score cards have to be returned to the Tournament Secretary.

9.2 Registration of a National Teams is charged. The fee value is settled in Tournament Program.